Kingdom Kroseide: ‘Nigerian Idol Was Like An Exam I Prepped For All My Life’ | The Guardian Nigeria News

It was all tears, laughter and goosebumps seeing Bayelsa-born singer, Kingdom Kroseide, emerge winner in the just concluded sixth season of Nigerian Idol. For viewers who followed the show, it was definitely a hectic one, with the talented class of singers who also contested for fame and fortune.

Nonetheless, since his audition where he astonishingly evoked tears from one of the judges ‘Tough Prof’ Seyi Shay, till his final performance alongside Cobhams Asuquo, Kingdom stole the hearts of Nigerians with his phenomenal vocals.

As the winner, he got N30 million Naira, a brand new SUV, a six-track Extended Playlist (EP) recording deal with three music videos, as well as holiday trips to Seychelles and Dubai. While these are intriguing wins for the Bayelsan band boy, making new music and the strategies for sustaining his stardom are topmost in his mind.

In this interview with CHINONSO IHEKIRE, he shares his takeoff story, his struggles during the show, making judges cry out of divine direction, and his plans for the music industry.

Congratulations on your Victory. How does it feel winning the show?
It still feels like a dream, but then, we are living it; I thank God for everything. Everyday, I keep thanking God for the new opportunity. The day I won is an unforgettable moment for me; I keep reminding myself every day that I won Nigerian Idol.

From that day, calls were coming in, even though we were not with our phones. Seeing my uncle and aunts was everything for me; I enjoyed that moment. I just had to find three hours to sleep that day. Till date, I still get the calls. It is an overwhelming stuff altogether and I thank God for it.

You rarely talk about your parents
I have a father and he is my friend. My mum died at childbirth, so that is why I don’t talk about my mother that much. I have a family and they are very good to me.

What was your driving force in the competition?
A good name! Generally, I teach music; that was what drove me to the show itself. I needed people to see that I knew what I was doing when I say I teach music. Music is my everything; it is what I love doing. Coming here, I was like I am here to prove the fact that I know how to sing. So, each time, going forward in the show, I tried to see it differently. It was like writing an examination I had been preparing all my life. I feel I achieved my goal, to some extent.

Take us back to your musical beginnings, how did it start for you?
Growing up, I liked to listen to nice sounds. I used to feel like everything had a connection; there was something fascinating about it. Nobody taught me the music itself, I just wanted to be extra about it; I knew that is where I would find my own purpose. At age six, I was already singing.

I remember one time I sang and I recorded it on my aunt’s phone and I went to show my dad to listen, and he was like, ‘who is this singing?’ and I told him that I was the one. And he told me it was nice. People were still complimenting the fact that I knew what I was doing. I kept on growing with it.

Did you ever consider studying music?
Yes, but the reason I didn’t follow through with it was because of my secondary school Guidance Counsellor. She was like, ‘you can sing,’ because she had heard me sing in the school before; I went to a military school. She was like since I know how to sing and play instruments on my own, there was no need for me to study music again. I wanted to study music, after secondary school. But then, I started thinking that I knew it all. Over time, I found out that what I think I knew, I didn’t know anything at all. Even till date, I know that I would still study music.

What is the deepest lesson you learned from Nigerian Idol?
The ability to discern the right ideas; to make use of constructive criticism. I remember one of my performances wasn’t really acceptable to the general public; that was the first time that I got my first set of critiques. It was very hard for me then. But then, I said to myself that these people are trying to tell me that I wasn’t doing it well, because they actually want me to do it well.

Over time, I would check the YouTube section and look at the comments. I would even tell them to keep on criticising, and that I want to hear what they have to say. So, over time, I was checking all those things and I found out that there was something they would say; I was using those feedback. If they say, ‘He doesn’t look at the camera’ or ‘He doesn’t smile’, or anything at all, I start doing the opposite of those things. When they told me that I was improving, I knew those feedback helped me improve.

Did you enter the show with the mindset to win?
I am a Christian. For me, in this show, I came here with a direction and not just a mindset. There is a whole story about me even picking my audition song; that wasn’t the song that I wanted to do. Even while I was in the audition, I kept on realising that each of the songs I was picking were always working out; I was just being led.

I knew there was this driving force telling me to do these things a certain way, and I became successful. I wanted to win obviously and I had it in mind, but then, I just knew that there was a force I needed to follow to win.

Tell us more about the story behind that audition?
Before coming for this show, I went for another show last year called, Live Your Dream. I saw the Nigerian Idol thing and my uncle encouraged me and I applied. When I saw that I had made it to the next stage and had to come to the auditions, I was confused about the song. I was led to pick the song, I Look To You, by Whitney Houston.

I had tried to sing it before and when I posted it on Instagram, people commented so well. I was like that is interesting. So, I was moved to use it for the auditions. I was contemplating it, because it was like going to a secular competition to sing a religious song, but then Whitney Houston was quite popular. So, I tried it out.

On that day, I was still contemplating, and knowing myself I would have changed my choice of song. While I was on the road heading to the auditions, that day, I saw a bus, which had the inscription ‘I Look To You’ on it. Still going further, I saw the same inscription on another van. I was convinced that there was a divine direction to me using that song.

On that day, I hadn’t even practiced the keyboard. Singing it there and seeing Seyi Shay cry first felt like an act to me, but I was so surprised that it was real and she was really crying; I knew then that I wasn’t coming here ordinarily. I concluded in my heart that I would let everybody know that the reason why I am on this show is just God.

Tell us about your previous auditions before the Idol?
For me, generally, singing was the thing. My first competition was in church, right after secondary school. Then, in my 100-level at the university, I applied for another competition where I also took first-runner up. After that, I went for another one in Bayelsa called I Sabi Sing, which I won, but I wasn’t given anything for it. It was more like me trying my faith over time, but it wasn’t really working out. After that one, I applied for Live Your Dream.

Why were you not rewarded after winning I Sabi Sing show?
They didn’t give me any reason; I don’t know what they were saying. It was even done in almost nine states in the south-south region; that was three years ago.

Did you form any bond with the other contestants?
All of them. Faith was more like a sister to me; Akunna was a close friend; Atela was a brother to me; Emmanuel was a brother and close friend. Francis Clinton was a homeboy… everyone of them had a role

What is the road from here?
There is a six-track EP on the way. I believe in creativity. I can’t wait to see what Nigerians would think about my first project, and then what I would bring next. A friend of mine was asking me whether I was thinking about the fact that I would be flying to Dubai and Seychelles, but honestly those aren’t what is exciting me right now. I can’t wait to go to the studio and hibernate myself from the general public to create something nice; that is my number one focus.

Are you going to go into Christian Gospel music fully?
I think I am going to create a balance; I believe music is a form of communication. I believe it is used for passing information too. 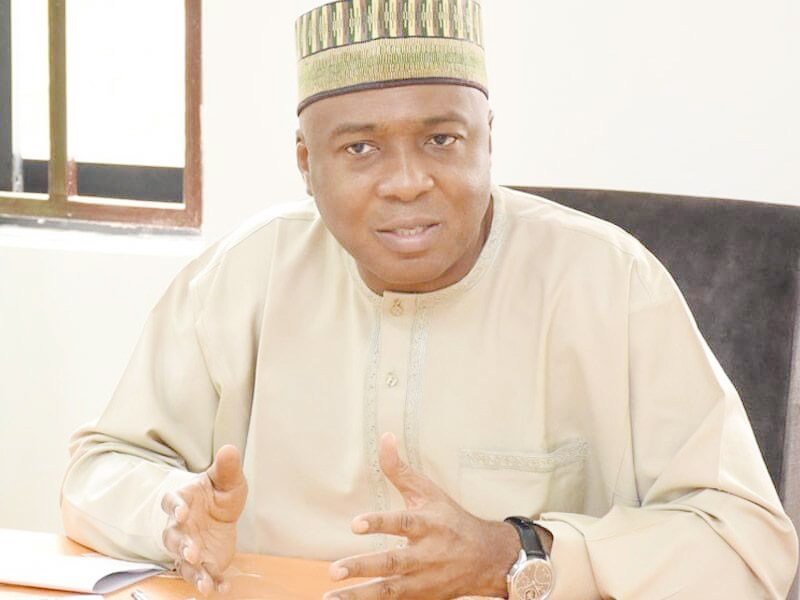 Kemi Olaitan in Ibadan The Oyo State government yesterday, said it will not hesitate to revoke unexecuted contracts…
byadmin 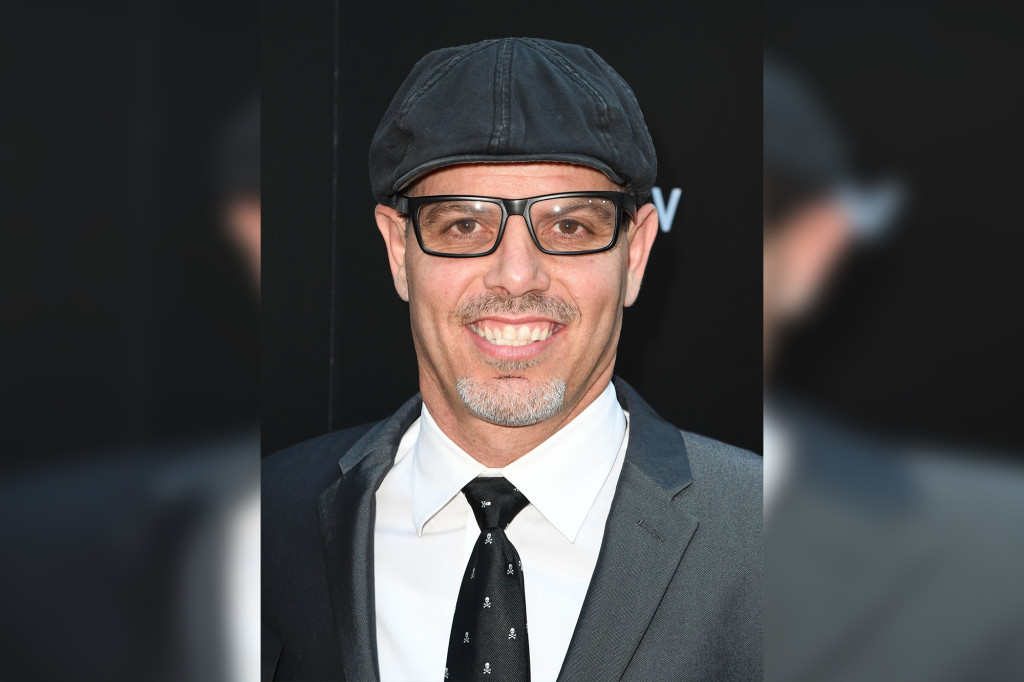