Supporters of Yoruba Nation agitator, Sunday Adeyemo, popularly known as Sunday Igboho, who were earlier dispersed by Police in Benin Republic have reconverged.

The PUNCH had reported that police dispersed the supporters and journalists from the premises of the Cour De’appal De Cotonou, around 08 pm.

But some of the supporters told The PUNCH that they have reconverged at Marina Roundabout.

The Roundabout leads to the court where Igboho’s case is being heard.

The PUNCH gathered that the court went on recess around past 7 pm after the lawyers’ argument.

“We are still here. We are at Marina. We will wait until they deliver the judgment,” one of the supporters said.

“We heard the lawyer telling journalists that the court can deliver judgment anytime. We will wait,” another Yoruba Nation agitator added.

Ibrahim Salami, one of the Cotonou, Benin Republic-based lawyers of Yoruba Nation agitator, Sunday Adeyemo, aka Sunday Igboho, had said the activist might be released by the Cour D’Appal De Cotonou on today

According to him, Igboho had two more stages to undergo before he will be freed.

Igboho and his wife were arrested on Monday, July 19, 2021, by the International Criminal Police Organisation at the Cadjèhoun Airport in Cotonou, Republic of Benin on their way to Germany

When they were arraigned last Thursday, the Beninese court adjourned the case till Monday after Igboho’s five lawyers failed to convince the prosecutor that he had no case to answer.

The Beninese authorities, however, released Ropo, the agitator’s wife, while the 48-year-old activist was returned to police custody.

The lawyers had said that during the hearing, prosecutors claimed Igboho was on a watchlist for alleged trafficking in arms, inciting violence that could result in social disturbance and causing disunity in Nigeria.

The law professor, in an interview with BBC Yoruba on Saturday said,  said, “In Benin here, there are three stages (judicial protocol) of trial. The first is with the prosecutor, the second one is with the investigating judge and the third will determine whether he is guilty and should be sentenced or not.

“The next phase is on Monday. The first phase with the prosecutor has been concluded. When we get to court on Monday, we will be facing the investigation judge, and after that, we will face the judge that will determine whether he should be sentenced or not.”

When asked if the process would end on Monday, he added, “Yes, it will end on Monday. Before the end of Monday, we will know if the Benin Republic government wants to jail or release him. That will be clear on Monday.”

Good music is one from the soul – Singer, Harmonee

Harmonee Nigerian US-based singer, Emike Ekwe better known as Harmonee is making waves across the globe with her…
byadmin 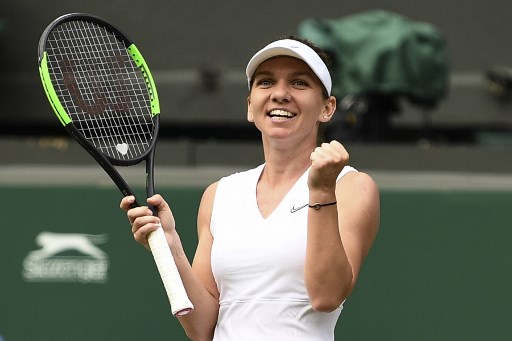 Halep advances at US Open with Osaka, Murray waiting to start

Two-time Grand Slam champion Simona Halep, battling back from injury, advanced to the second round of the US…
byadmin

NFF to honour Omagbemi, Akide, other Falcons class of 1999