2023: Osinbajo has not renounced or accepted presidential bid — Group

A support group within the ruling All Progressives Congress APC, the Progressive Consolidation Group PCG has dismissed speculations that Vice President Yemi Osinbajo may have opted out of the 2023 presidential race, saying the law professor has yet to accede to the massive clamour to join the race let alone opting out.

The group also lauded Mr Osinbajo for staying focused on delivering his mandate, saying his “decidedly non-desperate disposition towards the 2023 presidential race has further energized his support base nationwide” and made him more fitting for that office.

Dismissing speculations that the Vice President may have attended a meeting where he renounced his 2023 bid to succeed President Muhammadu Buhari, the PCG emphasized that “such event only happened in the fertile imagination of mischievous persons”, adding that Osinbajo is yet to even accede to citizen-based calls to contest.

In a statement issued Sunday in Abuja and signed by the PCG chairman, Dr. Aliyu Kurfi, the group expressed total satisfaction with the increasing gale of support for Professor Osinbajo and stressed that as genuine progressives, PCG members will not be drawn into needless conflicts with others who wish to contest or back other candidates for the 2023 presidential elections.

“Our dear Vice President, Professor Yemi Osinbajo, SAN remains loyal to his boss, President Buhari, he much focused on the job and he has never been known for desperate politicking.

“Specifically, it must be stated that an outrageous lie that the VP attended any meeting to renounce 2023 presidential ambition or bow to any politician for same, remains an absolute falsehood; how can he renounce what he is even yet to accept or declare?

“The wishy-washy concocted reports about Professor Osinbajo having any meeting with any individual or group about a purported withdrawal from the 2023 presidential race is about an illusory event which only happened in the fertile imagination of mischievous persons.

“Every well-informed Nigerian knows that PCG is the very first 2023 support group to be formally recognised by our progressive party, APC and we have never sought to prevent or discourage others from following in our footsteps because VP Osinbajo will not subscribe to dirty political games that some typically desperate politicians play.

“While VP Osinbajo’s consistent loyalty to Mr President, the APC and Nigeria continues to energize an increasing number of groups and individuals who genuinely believe in our party’s progressive cause, greedy and desperate political elements along with their manipulated perspectives must be kept at bay,” Dr Kurfi stressed.

Nigerian Flag FOR 60 decades, most parts of the South-South geo-political zone have remained the geese that lay…
byadmin 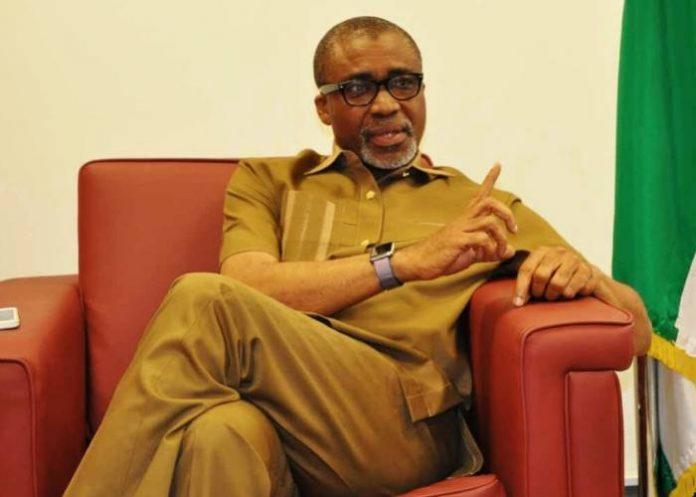 ‘There’re over 30 separatist groups in South-East’

Mr Osita Okechukwu, a chieftain of All Progressives Congress (APC) has once again reminded the leadership of All…
byadmin

By Omeiza Ajayi – Abuja The Social Democratic Party, SDP, has expressed deep anger at the propensity of…
byadmin